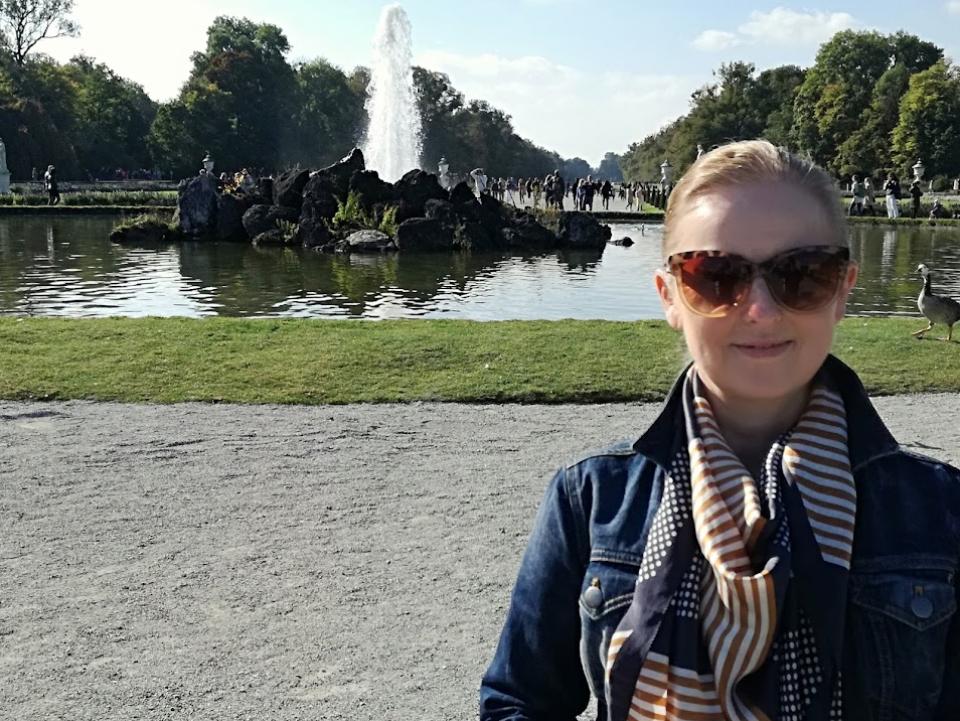 In July 2013, forty-year-old Evelyn McAuliffe found a lump under her arm during a self-examination. “The lump felt rock-hard, almost like a stone. I did self-checks regularly enough to know that this wasn’t normal.”

Evelyn acted quickly and went to see her GP within two days when there was no change.
Evelyn’s GP referred her immediately to St Vincent’s Hospital for a triple assessment “During the assessment I got a sense from the medical staff that something wasn’t right. They handled the situation professionally and with great care and advised me to bring someone back with me for my results. I had a strong feeling leaving the hospital that day that news would not be good.”

Two weeks later, Evelyn was diagnosed with breast cancer. She describes the time waiting for the biopsy results as “absolute torture” and when the consultant finally said the words she felt strangely relieved. “I think the relief was from finally knowing the truth but I was also shocked and fearful as I had gone from being a healthy and strong individual with no outward signs of illness, to being a cancer patient, within two short weeks. It was a lot to process.”

Evelyn was told she had a 2cm tumour and would require surgery, chemotherapy and radiation.

“At first I had a lumpectomy and a sentinel lymph node biopsy, the surgeon then checked my margins but they came back as positive so I then had an axillary lymph node clearance. I was then diagnosed with metastatic breast cancer and had a further procedure. The surgeon mentioned that the next step would likely be a mastectomy.
I really struggled with the idea of having a mastectomy so I asked him to perform another clearance surgery but unfortunately the results remained the same. Between all the surgeries I had also got a bad bout of cellulitis which damaged the skin and tissue.”
As time was moving on Evelyn’s oncologist was anxious to get the chemotherapy started. Evelyn underwent eight rounds of chemotherapy during which she recalls finally accepting her diagnosis “I was beginning to accept what was happening, it had taken several months to wrap my head around it.”

Evelyn was eventually booked in for a mastectomy and a reconstruction. Unfortunately there were complications post-surgery and she suffered some difficult side-effects including necrosis. As a result, Evelyn developed a severe infection and had to have an emergency procedure to remove her implant. She still had 6 weeks of radiation therapy ahead and recalls, “At this stage I began to feel overwhelmed.”

“My cancer diagnosis made me realise how life can change in an instant and how important is it to not take a single day for granted.”

Evelyn reached out to a counsellor at the Arc Cancer Support Centre, which is funded by the Irish Cancer Society. “Going through the process initially, I was so focused on my next step that I hadn’t thought about how the treatment would affect me in the future and how I would cope when I returned to normal life. I had begun experiencing menopausal symptoms brought on abruptly by the chemotherapy and I worried if I would later regret the hurried decisions I was making in relation to fertility during the stressful treatment stage.”

The counselling helped me to deal with what I was going through, the loss and trauma associated with it. It helped me get things into perspective and gave me tools for coping with the low points.”

“In April of 2021, I eventually had the reconstruction done again, seven years later. I was in a much better frame of mind and had recovered physically by then,” Evelyn says.

“The experience made me realise how caring, supportive and altruistic people can be from family, friends , neighbours and colleagues to the excellent medical teams and support staff who work tirelessly to get you back on your feet. It was humbling to see how many people reached out to me during this challenging time. It changes how you see the world, it’s not as selfish a place as we are led to believe, far from it in fact.”

I work as an environmental scientist and engineer and I am currently on a year sabbatical from my career. I am using the time to refresh my skillset towards more environmentally focused work, to travel and to volunteer to support local community groups.
I probably wouldn’t have been brave enough to take this step before everything. My cancer diagnosis made me realise how life can change in an instant and how important is it not to take a single day for granted.”

Cancer takes so much from so many, this Daffodil Day we are taking back from cancer so that one day cancer can take no more.
You make that happen.