“Grief is like a pendulum. Some days are easier than others.” - James Moore 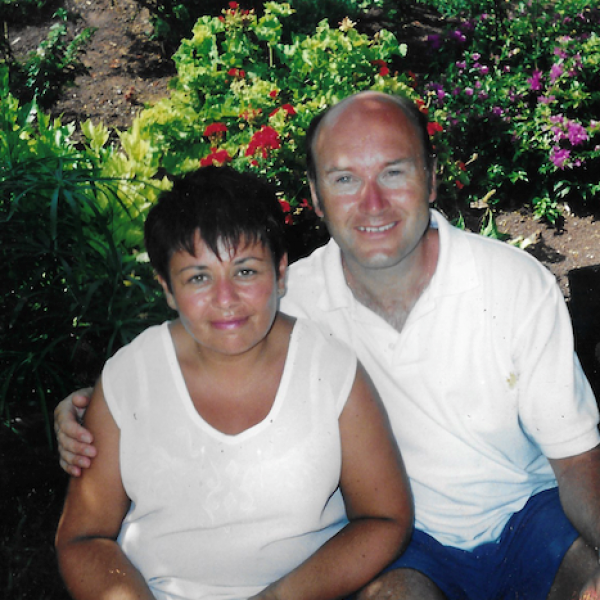 James Moore from Waterford shares the story of his late wife Breda Moore as they and their daughter Laura navigated their way through a breast cancer diagnosis and bereavement as a family.

James Moore’s wife Breda noticed a dry patch on her breast in November 2010 and went to get checked out by her GP. Breda went on to have a triple assessment at University Hospital Waterford and was diagnosed with breast cancer.

James recalls the moment he and Breda were given the diagnosis “The oncologist pulled out a pen from his pocket and pointed to the tip and told us this was the size of Breda’s cancer. He said it was treatable and prescribed her 33 sessions of radiotherapy and Tamoxifen. Breda always worried about everyone else before herself, at the time our daughter Laura was only thirteen so that was her main concern.”

Following her treatment, Breda went on to have regular scans and was given the all-clear at the beginning of 2016. Then in August on the night of Laura’s debs, Breda's sister called down to James from upstairs saying that something didn't seem quite right with Breda.

“I went upstairs to check on her and noticed her face had dropped, I knew something wasn’t right. We called an ambulance and when it first came she seemed coherent but then started to have what we thought were mini strokes. Once at the hospital they did some scans and ran some more tests and diagnosed Breda with metastatic breast cancer. That was when Breda’s final journey started.”

Breda was prescribed 30 rounds of radiotherapy and 12 rounds of chemotherapy. While undergoing the radiotherapy in Beaumont hospital under the care of Dr. Fitzpatrick, it was discovered that Breda was experiencing mini seizures, not strokes, due to brain tumors.

In August 2020 however, Breda and James were told the treatment hadn’t worked and were advised not to proceed with the remainder of her chemotherapy.

"Some days are easier than others. One day you are feeling good and the next you are grocery shopping and see their favourite biscuit and you feel the floodgates opening."

“We thought maybe without the strong treatments, Breda might feel okay for a little while but this wasn’t the case. She was often extremely confused, had trouble with her spatial awareness and also had one or two falls. Then at the beginning of December, she had come out of the shower and I noticed the backs of her legs were extremely red and looked like there was an infection. I brought her into the hospital but she never made it home. That’s where she spent the last few weeks of her life.” James recalls.

At this time, the Covid-19 pandemic was in full force and tight restrictions were in place “That was extremely hard as I couldn’t go in to see Breda. I went to the hospital every day and brought her clean towels and clothes and dropped them inside the door. I would then go back to the car and phone her and we would have a chat. That was our little routine.

Then towards the end of December the oncologist called me and said Breda wasn’t doing great and this was most likely the beginning of the end. The oncologist made arrangements that Laura and I were granted visitor permission. Then on January 11th, a Monday Night, at 10:45pm, Breda passed away.” 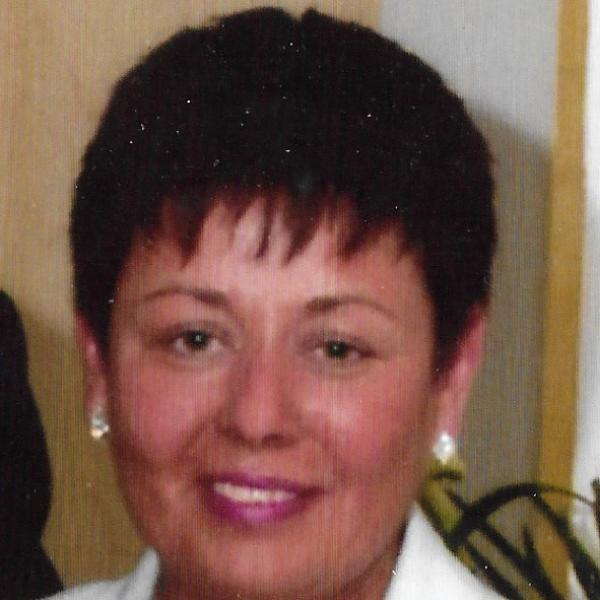 To help with processing the grief, James reached out to The Solas Cancer Support Centre in Waterford which is supported by Irish Cancer Society funding “I found the service fantastic, it was so helpful. The counsellor lived in the housing estate just beside ours, so if I needed I could just nip down to him.

Breda and I chose to deal with the illness privately as we were a very private couple. It meant that Breda was able to go about her life without letting it be brought up all the time in conversation. It’s so important to have a people you can trust and genuinely confide in, your go to person, keep those people close.”

Since Breda passed away, James has found there have been many ups and downs “Grief is like a pendulum. Some days are easier than others. One day you are feeling good and the next you are grocery shopping and see their favourite biscuit and you feel the floodgates opening.

Breda and I were 32 years married, but I believe she is still with us all the time, and sends us little signs here and there. She is still looking out for us, still worrying about us all.”

Learn more about breast health and about how you can support breast cancer patients this October.