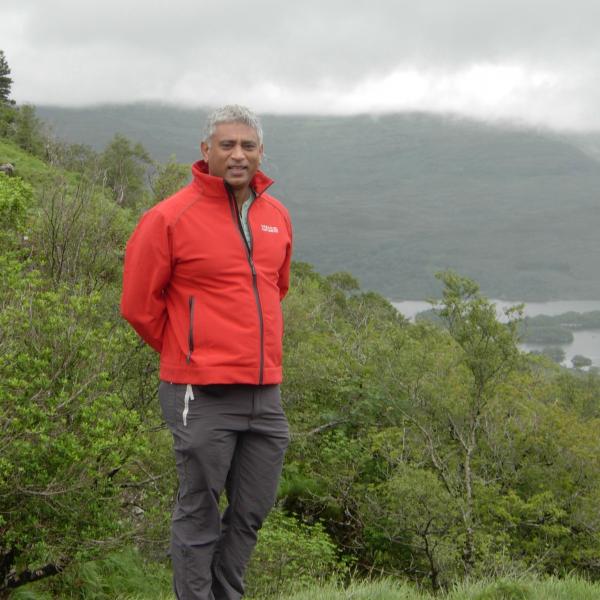 The number of cancer cases in Ireland is set to double by 2045, and while this may appear as a mere statistic to some, prostate cancer survivor Vip Patel [59] is all too aware of the challenge facing wider society in the years to come.

“My wife lost her mum and two of her sisters to cancer, both her sisters were in their late 50s. Her brother had gone through the same treatment as me for prostate cancer, and I actually ended up recommending it to a friend nearby. I’ve taken many phone calls from friends of friends who have been diagnosed, and I try to offer them a little bit of advice," he says.

Looking back on his own experience, the environmental scientist from Co Meath describes himself as having been in a “fog” after receiving the devastating news of his diagnosis of prostate cancer in November 2015.

“I went on my own to see the consultant, I didn’t have anyone with me. I was told very matter-of-factly that I had cancer. Immediately my mind just went numb," Vip says.

For the hour-long drive home and for a while after that, I just kept thinking: ‘Not me, he wasn’t talking about me.

‘’I got home and just sat there for a few hours by myself and soon my daughter came back home from school, she was 15 going on 16 years old, so I sat her down and told her I had prostate cancer.  She said ‘what’s that?’ so I tried to explain to her which is not the easiest thing to do with a teenage girl, as it was new to me as well.

“She asked me a very logical question: ‘Can girls get that?’ I said no and she left the room and lost interest very quickly - it was the best reaction I would have expected to see, as I didn’t really want my children to worry or think about it too much.

“On the other hand my son who was older and a scientist took it much more seriously. My wife had just lost her sister that September, and I had to wait until the new year for an MRI before progressing treatment. That was the worst Christmas ever.”

Vip eventually opted for a form of internal radiation therapy known as brachytherapy, and although things have progressed well on this the fifth anniversary of his starting treatment he still checks in with his doctor for observation.

Given his higher risk Vip says he is fortunate to be able to work from home, and is conscious about his own health and safety during the pandemic.

Vip recalls that he was unconcerned at first when his GP told him that something may have been wrong, and feels it is important to spread the message for men to look after their health.

“I didn’t know much about prostate cancer at that stage, and didn’t really appreciate what the doctor was talking about. It took me over a year to get myself to go for a biopsy after making excuses to myself, as many people do, and I would always encourage others to act fast.”