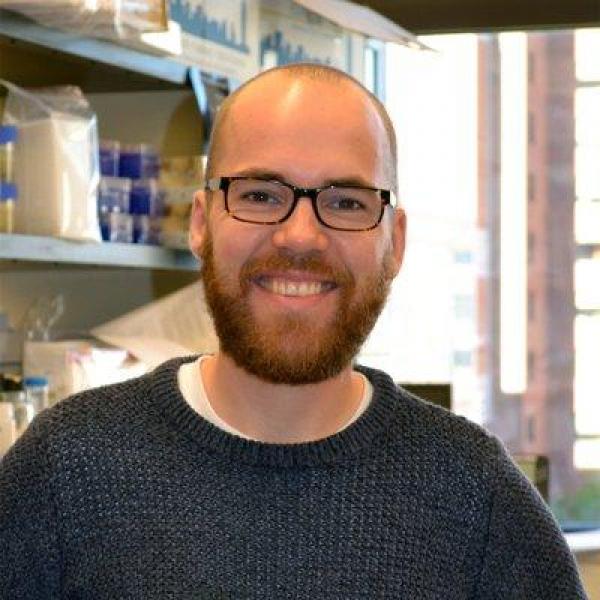 Studying sarcoma is not just a passion but also a challenge for Irish Cancer Society funded researcher Dr Gerard Brien, who points out that the relative rareness of the disease has resulted in a lack of attention.

Dr Brien heads a team at Trinity College Dublin who are currently looking into improving treatments for particular forms of sarcoma which can often prove fatal.

“Sarcomas are quite rare and account for 1% of cancer diagnoses globally, but in the child and adolescent population they are much more common and represent around 1 in 5 of all new cancer diagnoses,” Dr Brien says.

“Because sarcomas are rarer in the adult population it means they haven’t been studied in great detail. So while more common diseases have seen improvements in treatment and patient outcomes, with sarcomas the amount of research is comparatively small so in many cases things haven’t really improved for patients for decades.

“There’s a real need for these patients to have a better dedication of time and resources to understand these diseases, but that also means there are possibilities to make really big advances and leaps forward in improving patients’ treatment options.”

One particular area of focus for Dr Brien has been on Ewings Sarcoma, a type of cancer that affects bones and the tissues around them. As with sarcomas generally it is much more common in children, and survival with existing means of treatment can drop to as low as 15% if it’s caught at a later stage.

He explains: “What we’re ultimately interested in, in the medium to long term, is identifying better ways to treat patients with this type of sarcoma.

“The therapeutic tools including chemotherapy, radiotherapy and surgery that we have for a lot of these diseases are relatively blunt. Their effectiveness is limited plus they can also prove to be quite debilitating. Ultimately what we’re trying to do is develop precision medicine-based approaches to treat these patients, even those who are at a more progressed stage of their disease.”

His team are over two-and-a-half years into their project on Ewings Sarcoma, which has produced “promising” early findings according to Dr Brien.

“What we’ll hopefully be able to do is use the findings we have generated over the last couple of years supported by the Irish Cancer Society to leverage a large project grant award where we can put in the resources we need to take it to the next level.”

Dr Brien and his team have had great success in other areas including work into a different form of the disease called synovial sarcoma, which has inspired the development of US-based clinical trials into a new drug that are due to start this year. For him, such breakthroughs are exactly what researchers dream of achieving for patients through their efforts.

“Any positive impact is great, but to be able to think that in five or ten years’ time people could be alive as a result of work we’ve done, there’s not many more gratifying things in life than that.”

“Any positive impact is great, but to be able to think that in five or ten years’ time people could be alive as a result of work we’ve done, there’s not many more gratifying things in life than that.”