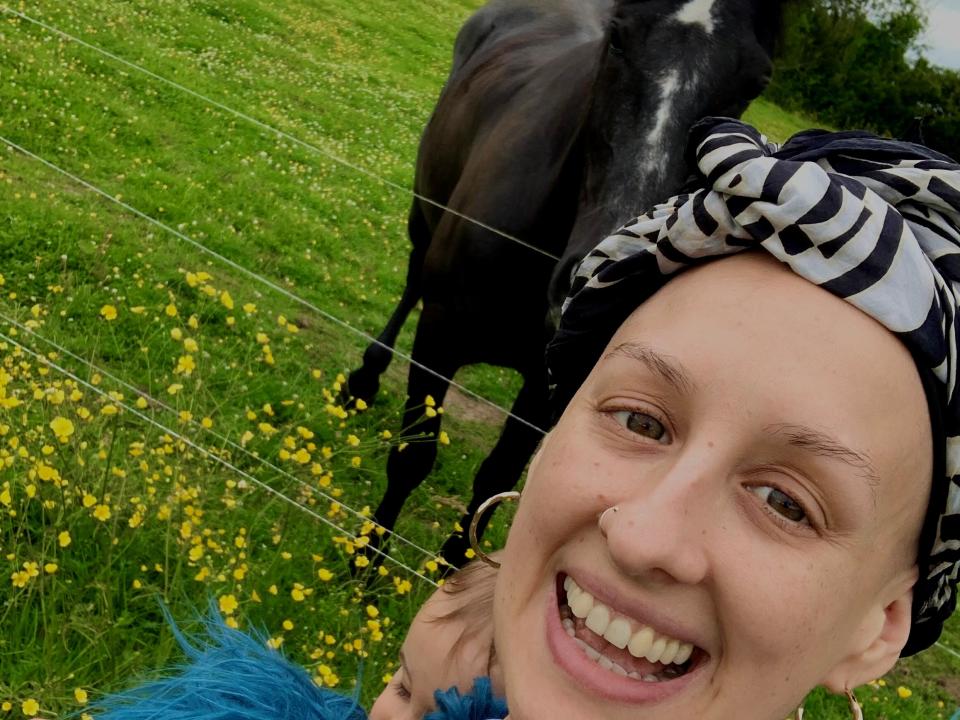 In January 2021, thirty-eight year old Aideen Bates was looking to take the first step towards weaning her six month old son. Around this time Aideen had also noticed a lump in her left breast.

“Initially I didn’t think much of it as I felt it was all connected to breast feeding. I had no pain and felt the lump was relatively small. I was advised to do some hot and cold presses while massaging the area.”

Three weeks later however, there was no change, so Aideen was referred to St Vincent’s Hospital for a triple assessment. On the day of her appointment, Aideen was told they felt there was something suspicious present but she would have to wait about a week for her final results.

“I was six months post-partum at the time, I would be lying if I said I wasn’t feeling wrecked. However to me, that was part of post-partum life. I didn’t feel I had any other symptoms.” Aideen says.

"By asking for help, I actually feel I have gained so much strength from being that vulnerable"

Aideen was told she had a very rare type of tumour that is typically found in the lung, leading her consultants to believe the tumour in her breast was a secondary tumour. Aideen then had a full CT scan of her chest, thankfully this scan came back as clear.
“I was meant to undergo egg retrieval prior to any treatment however they conducted another scan just before the procedure and found a second tumour in my breast with more positive proteins. The first tumour had also grown so I had to cancel this procedure.” Aideen notes.

The day I had surgery, was the exact day my son was born the year before. I couldn’t stop thinking about how my baby had fed from my left breast. I was now back in the same hospital environment, but for a very different reason. I had gone from the highest level of joy to one of the lowest.”

Aideen has some advice for people in a similar situation “It is so important to ask for help. Going through treatment actually reminded me of how I felt postpartum. The feelings were very similar to the ones I had with my new baby, except this time the new baby was me.

You need help, you can’t do it alone. It is nothing to be ashamed of. By asking for help, I actually feel I have gained so much strength from being that vulnerable.”