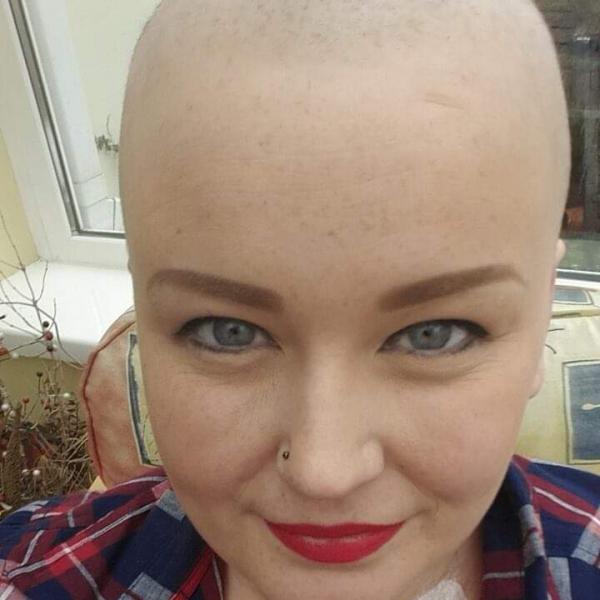 Tara Mohan (28) from Drogheda, Co Louth moved to Brussels in 2014 at the age of 21 to work as a trainee translator. During her traineeship with the European commission, Tara applied for a job in Luxembourg. Part of the recruitment process was to do a medical exam. However, Tara’s chest x-ray showed a large tumour.

Tara moved home to Ireland a few weeks later and was referred to the Mater hospital. Following two biopsies, she was diagnosed with Hodgkin’s Lymphoma. She started chemotherapy that October.

‘’Unfortunately the chemotherapy didn’t work. In July 2015, I started immunotherapy. They scanned me again towards the end of the year. Thankfully the scan was clear, but I would be getting radiotherapy to be sure.’’

‘’I had a big party in December to celebrate, before I started three weeks of radiotherapy. That was the hardest part of it. I finished radiotherapy New Year’s Eve 2015 and moved to Luxembourg to start the job that I had applied for.’’

Tara came home the following May for a scan and unfortunately was told that the cancer was still there. ‘’I moved home from Luxembourg. The cancer had not spread, there was just one stubborn spot that wasn’t responding to treatment.’’

Tara’s haematology consultant decided that she needed another biopsy, and when she met with her surgeon to discuss the upcoming biopsy, it was there that she suggested doing open surgery as well as a biopsy on whatever they extracted.

"I had open surgery between my ribs, they did a full excavation and took everything that was problematic," she said.

A further biopsy indicated that Tara was cancer free and she has been in clinical remission since December 2016.

"I still have neuropathy as a result of my treatment," Tara said.

Tara is currently undertaking a course with Oncology Training international – a certified course which gives beauticians all of the knowledge and expertise needed to treat clients who are cancer patients  and survivors.

Tara wanted to be involved in this campaign to help spread the message of the importance of early detection.

I want people to be more aware of their bodies and if they feel something is wrong, to get it checked out immediately.

"People are holding off on checks because of the pandemic and it is worrying. I was lucky that my cancer was caught before it had spread. Don’t put off getting your health checked if you know that something isn’t right," she said.