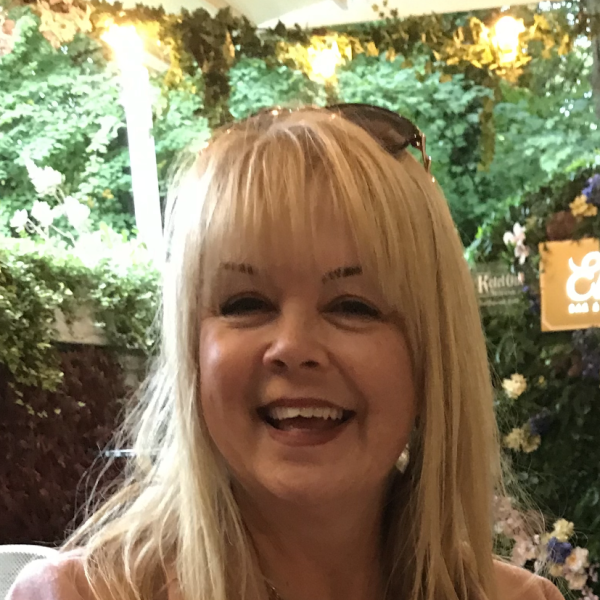 Sharon Greaves is one of many people whose opportunity of receiving a prompt cancer diagnosis may have sadly slipped through the cracks during the pandemic.

The 55-year-old from Dublin had only recently become eligible for breast screening when Covid-related service disruptions hit in 2020.

At first this didn’t cause much concern to Sharon as she went about her normal life, until during a visit to her doctor she was recommended to go for a mammogram. She was in the fortunate position of being able to source one privately, where the imaging picked up two tumours in her breast.

“The first one was detected straight away, and they also caught a shadow which a follow-up MRI identified as another tumour. I’m left to think that had I been called for screening it would have been caught earlier, and maybe they would have caught it with the first tumour which might only have required a smaller surgery,” reflects Sharon, who went on to have a full mastectomy and breast reconstruction in October 2020 followed by further surgeries and hormone therapy.

Sharon later developed complications with her hormone therapy causing it to be suspended, and she recalls at that point that she was ‘on her knees’ as the toll of treatment, surgeries and the accompanying emotional strain began to tell.

It was at that point her journey with Irish Cancer Society supports began:

“When I was attending the plastic surgeon and they were talking about the Diep flap for the breast reconstruction, it might as well have been another language they were speaking to me in. Then I was given an Irish Cancer Society booklet and when I was coming out of the hospital I saw the Daffodil Centre, and it had in the booklet to talk to one of the nurses,” begins Sharon:

“God help the girl in Beaumont as she was up to her eyes because people couldn’t have visitors, so she was the touchpoint for patients, but in fairness to her her door was open. I asked if she could pencil me in for an appointment and she said ‘no problem at all’, I went in and sat straight down with her.

She was absolutely fantastic, she was so kind and so good, and she offered for me to call in and visit anytime I was in, and in fact she came to see me when I was in the hospital because I couldn’t have any visitors, which was horrific. I couldn’t even see my husband or my mother.

“They were very nice in the hospital but they were up to their eyes, and the waiting room was full, so you only get the couple of minutes to get the bare essentials.

“The Daffodil Centre nurse encouraged me to call the Society’s Support Line: I actually didn’t know it was a free service because I had my credit card details ready! I spoke to the nurse on the phone for about half an hour, and she was so nice. I wanted the practicalities of what it was like, what would happen. She asked me what grade was it, what stage was it, and I got to talk to her about that.

“She suggested that I could talk to a Survivor Support Volunteer, someone who had been on the exact same journey as me. I got the medical and the practical information from the nurse, and the volunteer rang me and the first thing she asked was ‘where’s your head at’, which was the first time I’d heard that. 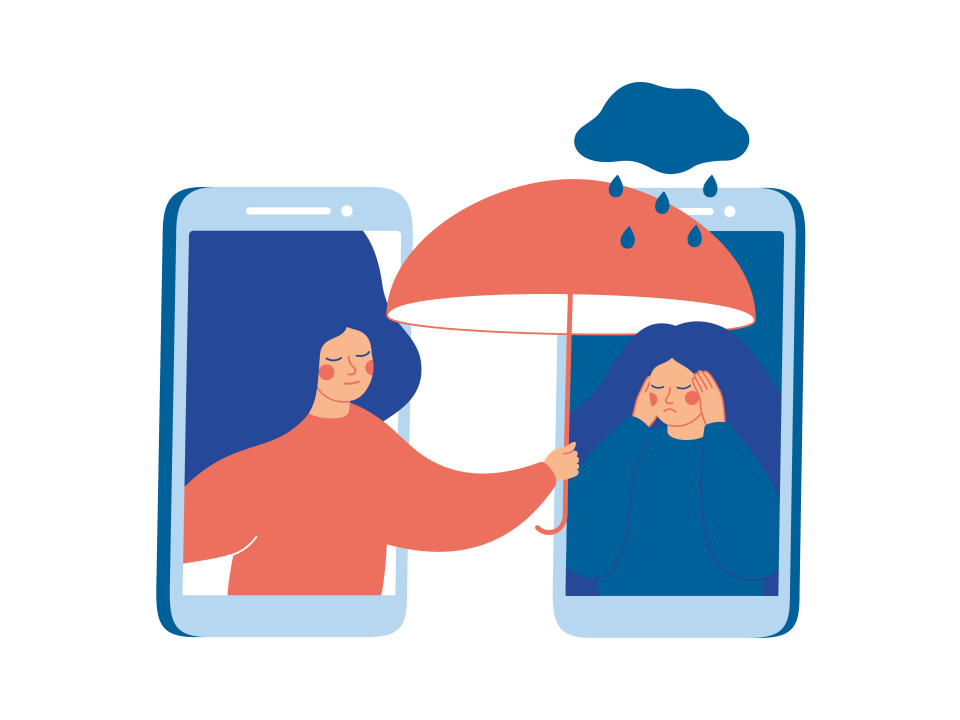 “I’m the eldest in my family, I’m the big sister, and my parents live near me. As my father says ‘there’s no show like the Sharon show’ – I didn’t even tell anybody for three weeks, I had to put the show on, I didn’t even tell my husband. First I had to get to the stage where I could say, ‘I have cancer, but this is the plan… ‘. Having to tell my 74-year-old mother was the worst.

“I didn’t have to put the show on when talking to my Survivor Support Volunteer, she was just fantastic. She allowed me to cry.

“Before my mastectomy we sat down over the phone on a Friday night from 8pm until 9.15pm and we went through the whole thing – the emotional aspect, the practicalities of what would happen at the surgery and what I would need to bring with me, which was what I needed to hear: what I would need to wear before, during and after, and what my life would be like after.

“I thought ‘that really is a peer matching service’, because she was exactly the person I needed. It was like a gift, it was just amazing,” adds Sharon, who is now cancer free and is looking forward to volunteering herself in future.

Asked about a particular day that was taken from her by her cancer diagnosis, Sharon’s mind goes back to her 54th birthday, a particularly difficult one for her:

“My birthday is in late August and the mammogram that started my cancer journey was on the Tuesday after the August bank holiday. As the month went on, I had been diagnosed and biopsied for one tumour and then when the second tumour was found on the MRI,” reflects Sharon.

“I had a biopsy on it on my birthday, which was also subsequently diagnosed as cancer. Birthdays are big celebrations in my family, no matter what the age! So as I had not told my family of what was happening and they were calling to see me on my birthday, I had to disguise my discomfort of having the biopsy early that morning.

“The biggest emotion for me were the questions: Is this my last birthday? Was this it, would I see my next birthday? What way would I be? Had I lived enough? Was this the amount of time I got?

“Cancer took my birthday, normally a joyous happy day, and caused me the biggest turmoil, stress, sadness and extreme worry about what was coming down the line.”