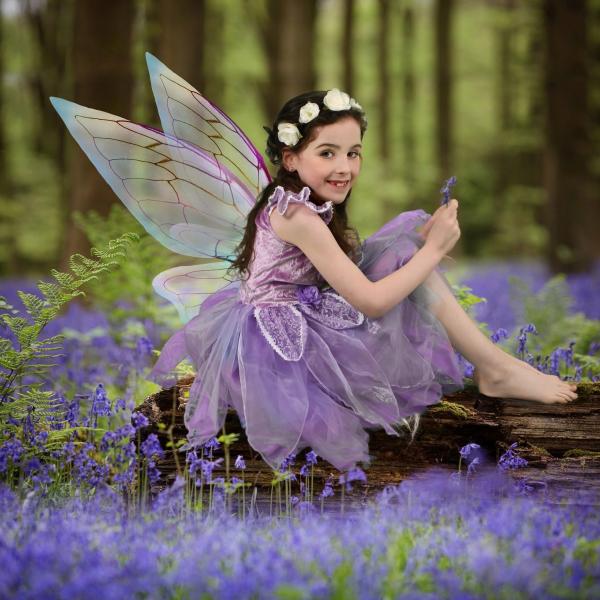 In December 2019, when she was aged 7, Saoírse Ruane from Co. Galway, was diagnosed with an Osteosarcoma tumour, a rare form of cancer, in in her tibia.

Not only did Saoirse have to endure months of intense chemotherapy, but she also had to have her right leg amputated as a result of her diagnosis.

This came as a devastating blow to her and her family.  But Saoirse was fitted with a prosthetic leg and her recovery has brought so much joy to her, her family and her wide community as she continues to work hard at rehabilitation.  She has not only learned to walk again but she is now learning to cycle her bicycle again!

During Saoirse’s treatment, her family received an Irish Cancer Society grant as part of the Children’s Fund financial support scheme, to help with medical bills and the financial implications of her diagnosis. When Saoirse’s Mum Roseanna was told that they would receive the funding she said she “burst out crying” and felt overwhelmed.

“When a child becomes critically ill, life comes to a standstill.  For me I wasn't going to leave her side but that brought that added worry of how we would survive on one salary. The bills still have to be paid and that's the reality of it all.  The donation from The Irish Cancer Society, felt like a little cushion to help us with whatever we needed there and then.  I remember thinking that someday I would make it my mission to repay The Irish Cancer Society back in order for another family to benefit and receive the support we received”.

Saoirse’s family were delighted to support the Irish Cancer Society’s campaign and say “We know it is a very worthy cause.  Our family is so grateful for the support we received from this fantastic organisation and have great peace of mind knowing another family will benefit in the same way".