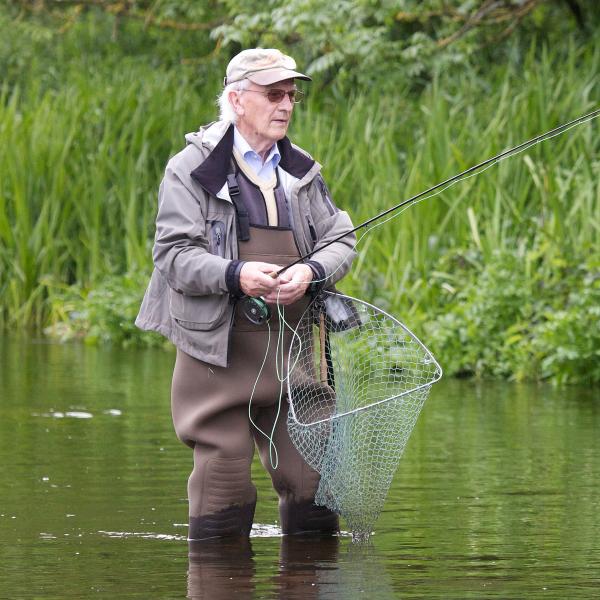 Liam Ryan from Thurles in Co. Tipperary was diagnosed with pancreatic cancer in 2002 a few weeks before his 70th birthday.

The father of six, was an avid fly fisherman and had been fit and healthy his whole life.

His daughter, Sinead recalls how it felt when her Dad told the family he had cancer

“The whole family were devastated.  At the time they were told that his prognosis wasn’t great because of how aggressive the cancer was," she said.

He was treated at the Mater hospital in Dublin and underwent treatment including surgery, chemotherapy and radiotherapy across a long period of time.

Thankfully, after a few years of treatment, Liam was declared cancer free and is now one of Ireland’s longest surviving pancreatic cancer survivors.

He recently turned 88 and is still monitored annually by his oncology team at the Mater hospital.

His daughter Sinead says that the care and support her Dad Liam has received over the years has been second to none and they are all so grateful for everything that was done for Liam.

“Dad owes his life to the Mater, they looked after him so well and although we didn’t think he would make it through, the brilliant team there saved his life," she said.

Liam is delighted to be a part of the Irish Cancer Society campaign and said, “The only one who looks after your health is yourself, if you feel somethings wrong get it checked out”.