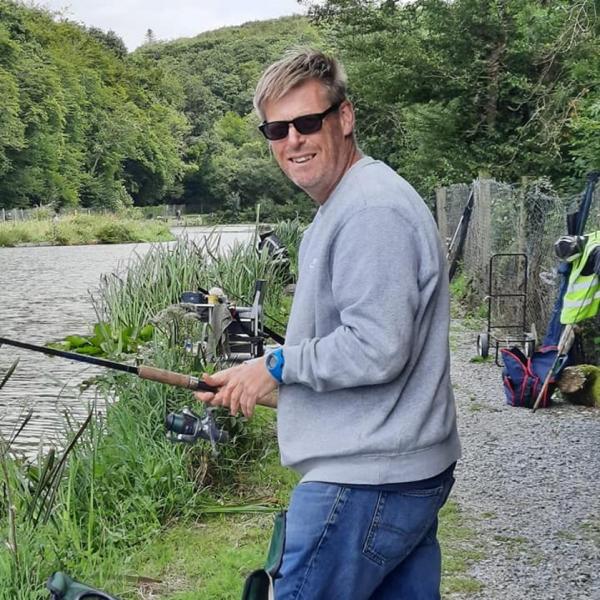 Liam Cuddihy from Tramore, Co Waterford owes the chance discovery of a troublesome lump under his chin in 2018 to two sons Liam Óg and Micheál.

“I was at home one day. The two lads were doing their usual thing on the PlayStation, and my youngest one looked up and said ‘you have a big lump under your chin dad’ which my older son also confirmed, and sure enough I did,” father-of-three Liam [51] remembers.

Liam went to his GP to have it checked out, and within two weeks he learned of a diagnosis of non-hodgkins lymphoma, a cancer that affects the immune system.

After six months of chemotherapy things appeared to be getting better for Liam, who even returned to work in August 2019.

However during a routine check-up in September 2020 Liam pointed out to his oncologist that he had found a lump under his right arm chest area while doing a self check-up, with follow-up tests and scans eventually confirming a relapse, meaning the cancer treatment process started all over again for him.

Liam credits the men’s group he attends at his local Solas Cancer Support Centre in Waterford (pictured below) for helping him through an exceedingly difficult time: “The comradeship and cohesion and of the group has been extremely beneficial as a support for me during treatment and also for the other members of the group,” he says.

However Liam adds that life with cancer during Covid-19 is still challenging.

“Having cancer and going through the whole pandemic period is a pure balancing act. Anyone with a chronic condition like cancer just must be extra careful with day-to-day life. Even visiting my own parents is challenging, because they’re close on 80 so it’s all phone calls and the odd socially distanced encounter so as to reduce Covid-19 infection risk and stay safe.”

Since starting treatment again Liam has joined a clinical trial at St James’s Hospital, an experience which has led to a whole new appreciation of cancer research such as that funded by the Irish Cancer Society.

“I’m one of only eight people who have it in Ireland at the moment. I’m very lucky to have that option, and while a bigger group will get it after me there are others who can’t.

“I’m lucky now that I’m even able to go out for a walk, other people with cancer at the moment have it a whole lot worse and they can’t even risk getting the fresh air, so I’m happy to be on the trial and I’d love to see other people getting opportunities like this in future as well.”