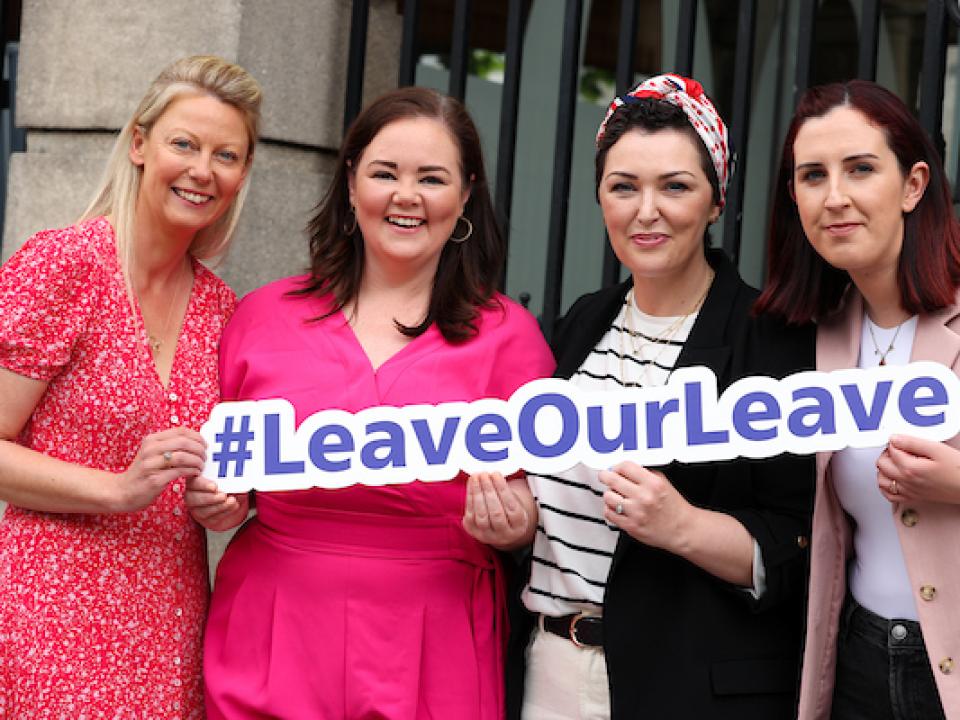 The Irish Cancer Society has launched a new campaign that highlights the plight of women who are diagnosed with cancer during pregnancy.

The ‘Leave our Leave’ campaign launched outside Leinster House today. It sees the Irish Cancer Society calling on Government to change current legislation that prevents women from deferring their maternity leave while they are being treated and recovering from cancer.

The legislation that covers this issue is the Maternity Protection Act 2004 and it stipulates that anyone who is diagnosed with cancer or any other serious illness during pregnancy must use their maternity leave to cover their treatment. The only way maternity leave can be postponed is in the case of a child being hospitalised.

This unfair legislative anomaly affects approximately 60 women each year and only emerges once they try to pause their maternity leave while they are being treated for cancer.

The ‘Leave our Leave’ campaign seeks immediate legislative changes so that no one in the future will face the injustice of forfeiting their leave while they go through gruelling treatment.

Being able to keep their maternity leave until the end of their treatment would go some way to being able to claw back special bonding time from cancer.

Speaking at the launch of the campaign, Irish Cancer Society Director of Advocacy and External Affairs, Rachel Morrogh said: “We have written to Minister Roderic O’Gorman, whose Department this issue comes under, and appealed to him to make the necessary legislative amendments to ensure maternity leave doesn’t expire while a woman is undergoing life-saving treatment. The women affected are vulnerable and traumatised by such happy and sad life events coinciding. Being able to keep their maternity leave until the end of their treatment would go some way to being able to claw back special bonding time from cancer. This is a straight-forward and common-sense issue and we hope that swift action is taken by Government now this issue has been brought to their attention.

Erica Tierney from Kildare received a breast cancer diagnosis while 30 weeks pregnant. She subsequently discovered that she could not bank and save her maternity leave for a time when she could use it to care for and bond with her baby after her treatment was finished.

“I had a mastectomy at 33 weeks pregnant in October 2019 and my little girl Róise was delivered a little early in November 2019. After just three weeks of recuperation, I then went on to have chemotherapy from November to March and, radiotherapy in April. I thought I would be on illness benefit and keep my maternity leave for when I was no longer too ill to look after my baby fully.

The Irish Cancer Society is calling on elected representatives to support the ‘Leave Our Leave’ campaign and to contact the Minister for Children, Equality, Disability, Integration and Youth to request an amendment to the current legislation. It is possible for paternity leave to be postponed if the father becomes ill, under the Paternity Leave and Benefit Act 2016 and the Society urges Government to address this inequity and ensure women are entitled to the same benefit, by amending the Maternity Protection Act 2004.

Marathon in a Month

You too can support cancer patients and their families by taking on Marathon in a Month this July. The challenge is kindly supported by Aldi Ireland