'If something doesn’t feel right, you do not have time to waste. Don’t be reluctant to speak to your doctor.' 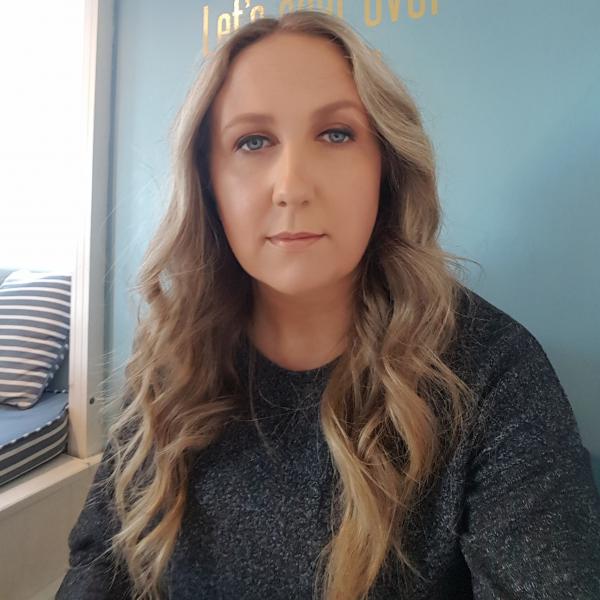 Catríona Kennedy from Blackrock in Dublin was diagnosed with stage three triple negative breast cancer in June 2018, one month after her 32nd birthday. She discovered a lump in April, but thought very little of it, having had a benign tumour removed from her breast tissue nine months earlier.

She rang her GP straight away and her GP referred her to St. Vincent’s Hospital for a biopsy, but Catríona didn’t really feel too concerned, due to the nature of her previous lump. She says, “I was referred for a biopsy five weeks later and because of my previous lump and the delay in referral, I was positively cavalier about it and felt calm and relaxed, thinking it can’t be anything too serious."

The week after her biopsy, the hospital asked Catríona to come in for her results.  She recalls this time feeling different:

“My husband came with me. I knew it wasn’t good news this time, as they took me to a different room, down the corridor away from all the other women waiting for results."

She remembers her consultant telling her the shattering news that she had stage three breast cancer. “They said, 'You have cancer, but we have a plan. You’re young and fit you will bounce back.'"

Catríona was devastated and describes how her friends and family were ‘stunned’ as she was a healthy non-smoker, occasional drinker and an avid Cross Fit gym goer.

Before Catríona’s treatment began, her consultant advised her to undergo egg harvesting, to give her the best possible chance of having children post-treatment. She says this was a tough start to her cancer experience, as she was just coming to terms with her diagnosis, whilst having to spend every day in the Rotunda undergoing egg harvesting treatment. Due to the size of her tumour, the consultant could only allow her a two week window before her 16 rounds of chemotherapy began.

Catríona experienced many challenging side effects from treatment, including hair loss and fatigue, but most notably, she contracted neutropenic sepsis - a potentially fatal infection, which left her hospitalised for weeks and delayed her chemotherapy treatment significantly.

She finished her chemo on 28 December 2018, then underwent surgery to clean out the tumour bed in January 2019. This was followed by 20 sessions of radiotherapy, and Catríona finished all treatment in April 2019.

"Millie was so helpful and reassuring. Having the Daffodil Centre there was very comforting. If I had questions or concerns, she would let me know they were common and nothing to worry about."

As Catríona celebrates being cancer free, she wants to encourage women of all ages to listen to their bodies and if something doesn’t feel right, to visit their GP.

She says, “Looking back, the fatigue was the big warning sign for me. If something doesn’t feel right, you do not have time to waste. Don’t be reluctant to speak to your doctor… Sometimes it can be nothing, but sometimes it can be something. And yes, it can be scary, but people need to advocate for themselves."

Learn more about breast health and about how you can support breast cancer patients this October.