'The decision straight away was double mastectomy and reconstruction. It wasn’t a difficult decision for me. I just wanted to live.' - Vicki 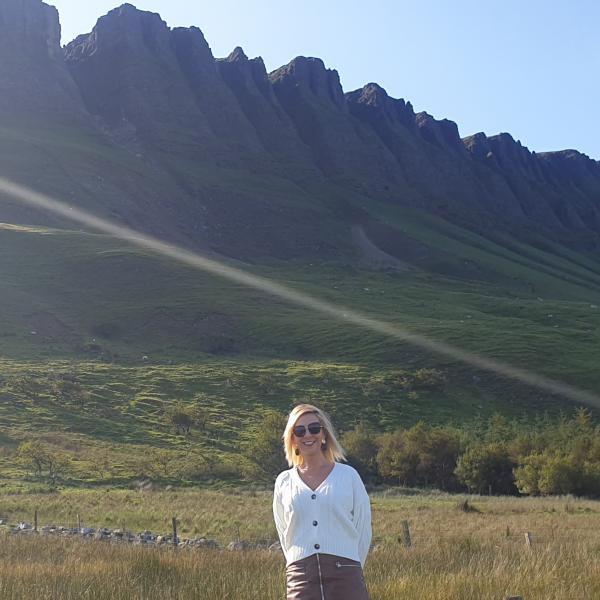 “What helped me was continuing to do the things that I love. I continued to swim in the Irish sea during treatment. My oncologist said if it makes you feel good, do it. It was so important to me to have things that made me feel like myself while I was going through treatment,” says triple-negative breast cancer survivor Vicki McGrath from Dublin.

“Nothing beats those post-swim endorphins. You're completely free of all life stresses and distractions while you're in the water. It clears your head and you emerge feeling like you can take on the world. You never regret a swim.

“There were definitely times last summer that I felt self-conscious in my swimsuit or when I was getting changed afterwards. I was like, ‘Oh God, is anyone going to see that I’m missing a boob?’ It took a while to get used to. But then I realised feck that, that’s part of me now. My body has gotten me through the last year so it should be something that I’m proud of. I’ve gone through the wars and that’s nothing to be ashamed of.” 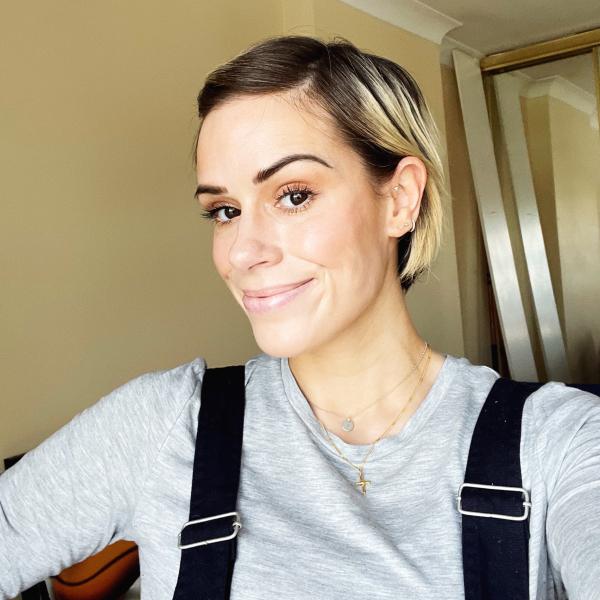 Vicki was 34 when she noticed a lump in the middle of her chest in September 2019. She visited her GP straight away. Vicki had a family history of cancer, including three aunts who’d had breast cancer, so her doctor fast tracked her for a triple assessment in St. James’s Hospital.

“I thought it was probably just a cyst. The following week I went into James’s and got the biopsy done… I went back on October 2nd for my results. I was with my best friend and our plan was to go for a swim in the Forty Foot afterwards to celebrate that it was nothing."

“I can’t remember how the doctor said it. I just remember crying. He told me they found cancer in the tumour. I had breast cancer.”

A genetic test revealed that Vicki had inherited the BRCA2 gene mutation, which increased her risk of developing cancer in both breasts.

“The decision straight away was double mastectomy and reconstruction… It wasn’t a difficult decision for me. I just wanted to live. It was sh** though and I was obviously terrified.”

Before she could undergo surgery Vicki went through eight rounds of chemotherapy, which finished in February 2020.

“Then I had a month of to recover and get my strength up… I found out that because of the pandemic they would only be able to do the mastectomy on the right side. Reconstruction is deemed elective and all elective surgeries were suspended due to Covid-19. That was hard to take - being told you’re going to be spending the majority of the year with one missing boob. But it was fine. You get over it. There are people in worse situations than that.

“I was a bit apprehensive going into surgery but I remember the nurse in the hospital, she was so lovely. She squeezed my hand and said ‘When you wake up from this surgery your cancer will be gone.’ I hadn’t really thought about it that way and I was like, ‘Oh my God, yeah!’”

Vicki is now cancer-free, and her double mastectomy and reconstruction were completed in December 2020. She’s focusing on enjoying life and says, “None of us know what’s around the corner. Life is so very precious… Surround yourself with people you love, doing the things that you love. Life isn’t about waiting for the big moments to arrive, it’s about finding joy in the everyday things.”

Take part in Make a Splash a Day in May

Vicki is encouraging Irish Cancer Society supporters to take part in our swimming challenge Make A Splash A Day In May to raise funds for our cancer research.

If you have been diagnosed with cancer or have a history of cancer, or indeed any other medical condition, it is vital that you ask your doctor’s permission before starting a new exercise regime.

If you are worried that cancer might run in your family, call our Support Line on Freephone 1800 200 700 to speak to one of our cancer nurses in confidence or download our free factsheet on cancer and genes.