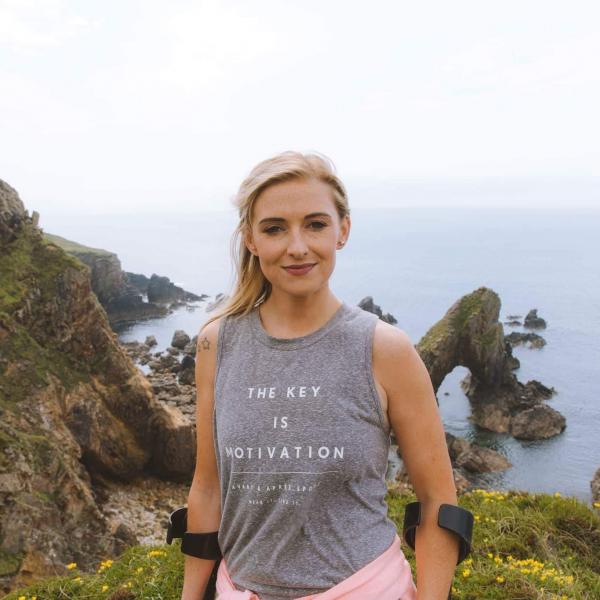 ‘’My journey with cancer started in 2002. The day I was diagnosed, I was wearing my school uniform. I never went back to school.’’

Nikki moved to Kildare to live with her granny so that she could attend St Luke’s for chemo.

"I only had one infection during chemo, I was very lucky. Other than losing my hair, I didn’t find the chemotherapy too bad and I wasn’t too sick," she said.

Nikki says that having to be in with her Granny was one of the blessings of her diagnosis. ‘

"As a teen, I wouldn’t have chosen to do that, but it was lovely to spend all that time with her," she said.

Radiotherapy did a lot of lasting damage for Nikki.

"The radiotherapy was disruptive. It caused all of the lasting damage. It destroyed the bone in my right hip and I am still dealing with the aftermath 20 years on," she said.

Because of this, Nikki has had 2 hip replacements.

‘’I had the first one in 2007. A few years later, it got really infected. I was in Australia at the time and had to get it taken out there. I ended up spending six weeks in hospital in Australia after I had my prostheses removed," she said.

Nikki had her second hip replacement in Summer 2012. ‘’The prostheses was meant to fuse what was left of the natural bone, it didn’t so I have a loose hip and have lost significant leg length. I’ve been on crutches full time since 2011 and will face full right length amputation eventually.’’

Thankfully Nikki’s cancer has never returned, but she has daily reminders.

"The pandemic has really set me back massively. I’m having back problems and exercise helps massively with the pain, however I can’t access the gyms," she said.

Nikki’s cancer diagnosis had many lasting effects on her health, including her fertility.

"It's a personal one and I have not shared that part of my story publicly before but I hope that it might help other young women. Nikki was told at 17 that there was no need to freeze my eggs as she was too young to be affected.

"That turned out to not be the case. I ended up with menopausal symptoms by the age of 19 and have been on HRT since. It has been extremely difficult watching my friends start families, knowing I will never experience that myself. I would say to other women to insist on having their eggs frozen. Don't assume that you will be fine," she said.