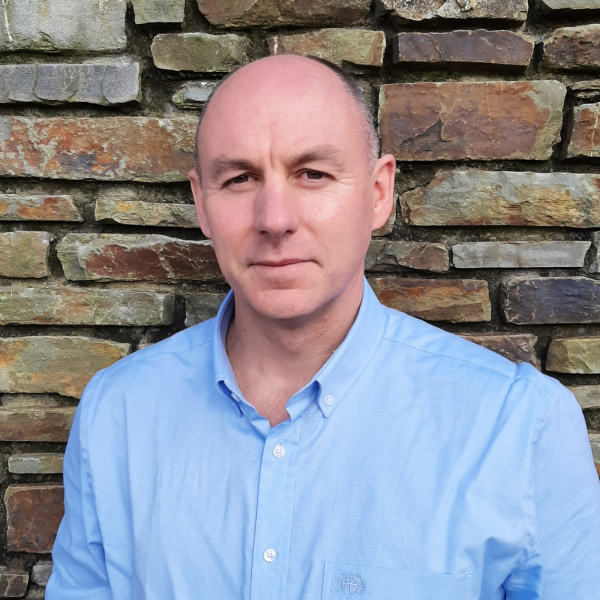 Cork father of two Neil O’Sullivan (47) will never forget the painful moment in November 2014 which would eventually lead to a diagnosis of testicular cancer.

“I can remember it clearly because the November series of rugby internationals were on that day, and Ireland v Australia was on the TV. After working a shift the previous night I woke with a sharp pain on my lower left back, which through the day worked its way to the front left side and down to my testicle. It got so bad that I was unable to concentrate on the TV and eventually ended up on the floor,” recalls local authority worker Neil.

“I rang my wife Joanne that afternoon and asked her to come home from work as there was something wrong with me, and I didn’t know what it was. Joanne rushed home and called to my neighbour Audrey’s house, who is a qualified nurse in Cork University Hospital. Audrey took one look at me and said ‘he needs to go to hospital immediately’, despite me thinking I would be fine after some paracetamol.”

Once the underlying issue causing Neil’s pain had been discovered he was told that the treatment would comprise three separate stages involving the removal of his testicle, followed by three months of intensive chemotherapy and then further surgery by means of a lymph node dissection.

His chemotherapy began in Cork University Hospital in February 2015, and involved going to hospital on a Sunday evening with treatment beginning early on Monday morning and continuing for five days until Friday evening, followed by two weeks’ rest, a cycle which continued for three months.

Neil’s final surgery took place on 12th July 2015 in the Mercy Hospital Cork which involved the removal of a node attached to his left kidney, but complications with the procedure saw his stay extended to over a month rather than the original 7-10 days thought necessary.

A keen runner and GAA coach, Neil was determined not to let the blow of a cancer diagnosis sidetrack his growing love of running and has gone on to compete in six half marathons since his treatment ended.

Looking back, Neil says he is hugely thankful for the “incredible” cancer service and support organisations whose work he says cannot be forgotten at this time.

“Given that the other big C with Covid-19 there isn’t enough awareness at the moment of cancer, so it’s massively important that people continue to support cancer services providers.”