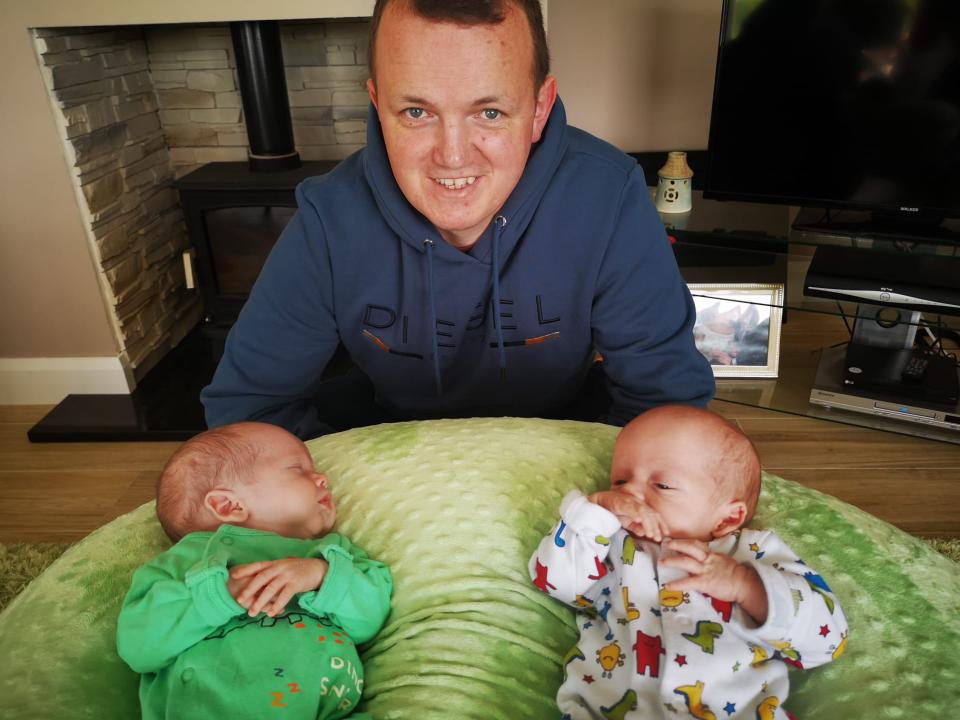 “In December 2020 I noticed some swelling in one of my testicles. I am a keen cycler and initially I thought it was from the bike saddle and that I had aggravated the area. I made an appointment with my GP, he examined me. He thought it could just be an infection but sent me for an ultrasound just to be careful

My wife Sinead and I went to the hospital the next day for the appointment, we were due to catch up on some Christmas shopping afterwards. At the hospital they told me that there was definitely a lump present and were sending me for a CT scan, to be honest I didn’t fully even know what that even was. Within twenty-four hours I was diagnosed with testicular cancer that had spread to a number of my lymph nodes. This was on Christmas Eve, I was totally shocked.”

"Just before I went to do my last week of chemotherapy, my father passed away. That was incredibly tough. I was fortunate that the next week my energy levels were okay, so was able to carry his coffin at the funeral.”

Thomas was due to have surgery sometime after this but due to Covid-19 his surgery was cancelled. Thankfully he was able to have the surgery in a different hospital. A number of weeks later, he began his chemotherapy.

“For the chemotherapy I had to spend almost a week straight in the hospital, for about four weeks in total. I would get a break in between visits. Just before I went to do my last week of chemotherapy, my father passed away. That was incredibly tough. I was fortunate that the next week my energy levels were okay, so was able to carry his coffin at the funeral.”

When Thomas finished his chemotherapy he was booked in for a scan to update him on his progress however his path to recovery took another hit when the HSE cyber-attack took place “The scan ended up being delayed a number of weeks which was really distressing. Eventually I did get the scan done and in June I got the all clear.”

I said to myself, if I get the all clear, I am going to do something to give back and to challenge myself. My wife learnt about Marathon in a Month and let me know, I thought it was the perfect challenge. I work as a secondary school teacher in an all-boys school and the Irish Cancer Society had helped me organise a talk with the boys all about testicular cancer.

My fitness levels were on the floor after all the treatment, so I liked the idea of being able to do it on your own terms. I used to go to my local GAA pitch in the mornings and do a little bit each day.  I linked my Strava up so friends and family could track my progress. I couldn’t believe the donations that came in, everyone was so generous.”
“I would encourage everyone to take part if they can, it gave me great purpose and satisfaction.”

Since then Thomas is doing much better and has recently welcomed the arrival of two sons with his wife Sinead, twins Eoin and Tomás.

Register for Marathon in a Month

You too can support cancer patients and their families by taking on Marathon in a Month this July.