In general it is so important when diagnosed with something so life altering to pick your information sources wisely and always look to reliable and reputable sources.” 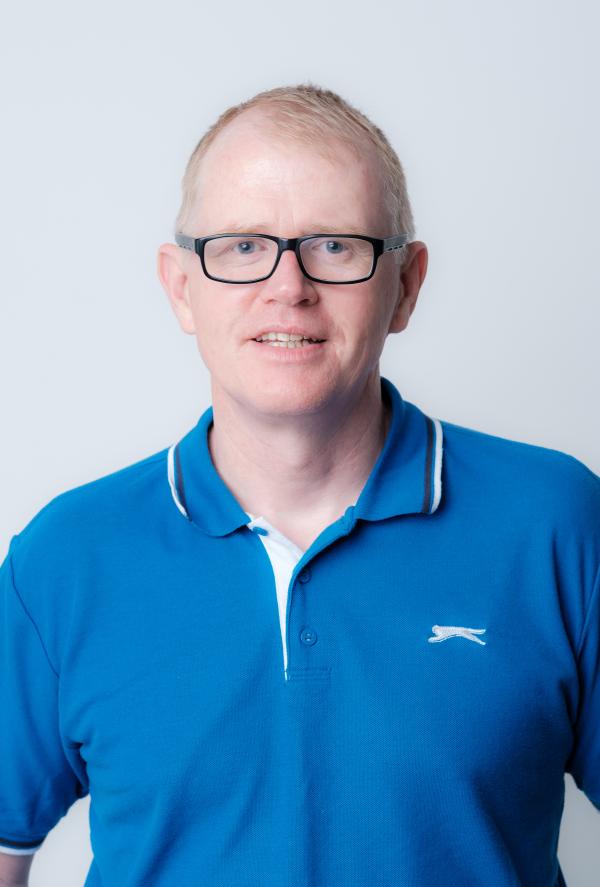 Seamus Cotter says his cancer story began in 2016 following recurring instances of phlebitis which caused swelling of his arms and legs.

“Every time it came back the condition had worsened. I had been in and out of Ennis General Hospital and the last time I was there the doctor noticed a swelling just by my collarbone. He told me I would need to have this checked out and biopsied.”
Seamus was referred on to a specialist for further investigation but found the next appointment was more than a month away. Seamus had health insurance so decided with his GP to make an appointment at the Galway Clinic.

“Almost as soon as I arrived in the Galway Clinic I had a CT scan and was admitted soon afterwards as the results showed multiple clots on my lungs. At the end of that week I had my biopsy taken. Before I left the hospital, the possibility of it being cancer was discussed. They felt it was most likely lymphoma and said if I was to get cancer, this type was preferable.”

Two weeks later, Seamus returned to Galway with his wife Bríd. “We sat down with the consultant oncologist and he said they had received the biopsy results back. There and then I was diagnosed with stage four lung cancer. Both Bríd and I burst in to tears. Once I had composed myself, I asked what my prognosis was. He said it would usually be about eighteen months but due to my age and fitness levels, I should have a little longer.”

Seamus describes his wife Bríd as ‘his rock’ and following this incredibly difficult news, the couple decided to use advice from an Irish Cancer Society booklet when it came to telling their three children Sam, Holly and Matthew.

“The advice given was to be very open and to speak to each of the kids at their own level, as each of my children were at various ages. We found that very helpful. In general it is so important when diagnosed with something so life altering to pick your information sources wisely and always look to reliable and reputable sources.”

Seamus’s oncologist let him know he was going to look into treatment options and potentially put him forward for a clinical trial. This meant Seamus’ biopsy would have to be sent to the United States to ensure certain criteria were present.

In Seamus’s medical history he had stated he had suffered from colitis in his twenties, this would mean he would not be eligible for the trial. Luckily, his oncologist performed an exam to see if this had been diagnosed correctly and thankfully this was not the case and the sample could be sent away to be examined.

“The last step to be accepted on the trial was to see if a certain protein was present on the surface of my sample. If it wasn’t, I couldn’t go ahead. If it was, I would be accepted. It was a two week wait to find out and it was all totally out of my control.”

The results came back as positive and soon after Seamus received his treatment plan to begin the trial. This started in the summer of 2016 and consisted of a mixture of two types of immunotherapies.

Seamus explains that the treatment did result in some challenging side effects. “I had a heavy cold which progressed into Meningitis within a few days. This led to a missed treatment cycle but I was able to commence again once I recovered. My thyroid was also badly damaged, I had the condition Hyperthyroidism and then also Hypothyroidism, I have to take medicine every day for that.

“Lastly I also developed a condition known as Addison’s disease, where my adrenal gland stops producing cortisol. This is a life threatening condition, I have to wear a medical bracelet, take steroids three-times a day and always have a medical kit on hand.”

In general it is so important when diagnosed with something so life altering to pick your information sources wisely and always look to reliable and reputable sources.

Seamus is quick to comment that this is the darker side of his treatment but that he cannot not mention all the many positives.

“When you are on a clinical trial, great care is taken of you. For the first year, I had a CT scan every six weeks and since 2017, I have had a scan every twelve weeks. After a while I began to notice the wording on my scan results was always on the positive side. Then in April 2017, my scan report said I no longer had any measurable disease detected. I was blown away.”

Seamus stayed on the clinical trial for the full two years and was able to get back to work on a phased basis about a year after diagnosis. He is incredible appreciative of his company Lufthansa Technik for being so supportive.

When asked about something he has learnt from his cancer experience he says “Well firstly, if you receive a diagnosis like mine, ask your doctor about a possibility of a clinical trial. Not everyone is applicable of course, but you won’t know unless you ask.

Then secondly, you can’t help but treat a cancer diagnosis as a wakeup call to take better care of yourself. I now definitely make better choices when it comes to exercise, nutrition and sleep. I am delighted to be able to say my biggest health challenge today is trying to run a 5k in under thirty-minutes!”