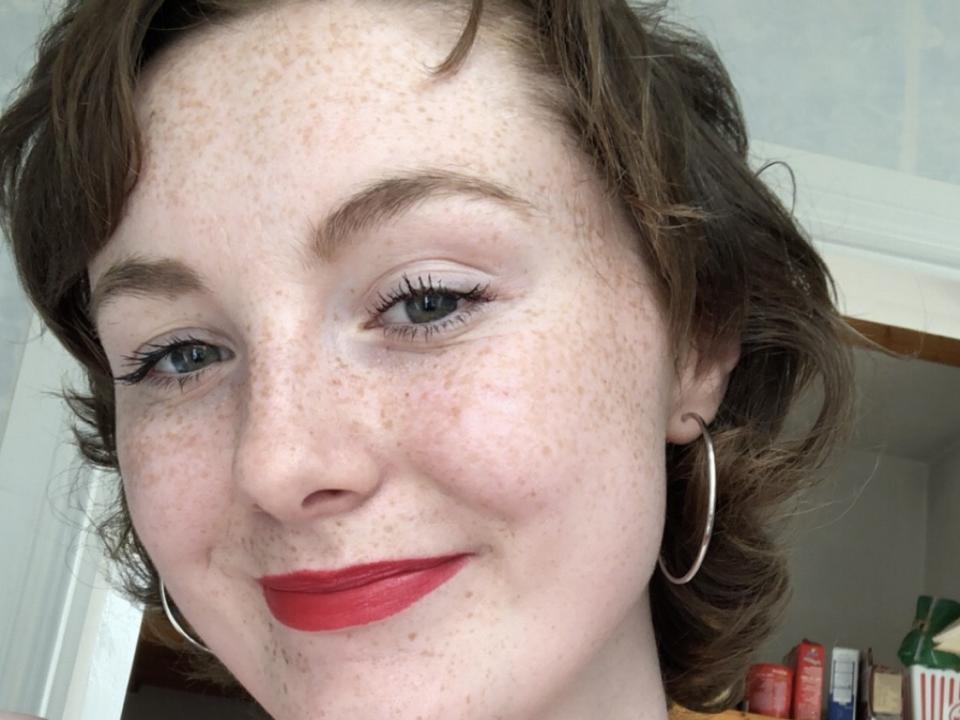 Jessica Heffernan from Arklow, Co Wicklow is a cancer survivor twice over.

She was first diagnosed with leukemia aged 14, and later received a diagnosis of a different type of leukemia just after her Leaving Cert.

She was in Second Year when she first began to notice her gums were bleeding a lot and that she bruised more easily. When a nosebleed wouldn’t stop, her parents took her to A & E in Crumlin. Tests revealed she had leukemia.

“I was on the ward for nearly two months for the first time,” says Jessica. “At first I was delighted to be off school because I hated school. I really hadn’t a clue about cancer, I didn’t even know I was going to lose my hair. When it started to get going, like putting the line in, it got more painful.”

Jessica doesn’t remember a lot about her time in hospital, but she does recall how complications delayed her getting home. At one point, her parents brought in photographs to stick on the wall because she was so sad and homesick.

She had chemotherapy, and then she took chemo tablets for the next two years. “I had a little bit of a suppressed immune system but I could go on living my life,” she said. During this time, she joined a cancer group, Canteen Ireland. “I made great memories with them and I made so many friends,” she says. In June 2019, she visited her cancer clinic for the last time and they were delighted with her test results.

However, in August of that year she started to develop small bruises and was becoming easily tired.  On holidays with her family in Portugal, she developed a high temperature and sore throat and had a visit a local doctor. Upon her return home, she had blood tests and while she waited on the results to come back, she went to her Debs but all the time, getting the results were on her mind.

Jessica was subsequently diagnosed with another form of leukemia, acute myeloid leukemia and she was told that she needed a bone marrow transplant.

“I had two rounds of chemo in St Vincent’s hospital, which were rocky, and then I had about a month off and then I went to have my transplant in St James in December 2019, which was a lot worse than I expected,” she says. “In my head I thought, I’ve done this before and it isn’t going to be much different from what I had in my mind. But everything was sore.”

“Kids are part of my future, and I’ll just have to take a different route now."

She noticed a significant difference between being a patient in a children’s hospital and being in an adult care setting. “In the children’s hospital, everything was amazing and I would always be offered anesthetic for the most simple bone marrow biopsies, and I would never have to sign any consent forms. When I moved to the adult hospital, I was traumatised from all the bone marrow biopsies because I was awake for all of them, and that was a wake-up call.”

After recovering from her transplant, Jessica is now doing great and needs to see her oncologist just once a year. Because she has lost a lot of her immune memory, she is currently being vaccinated for measles, mumps and rubella. Her fertility has also been affected. After her second cancer diagnosis and before her treatment started, she was advised to talk to a consultant in the Rotunda Hospital about freezing her eggs. Unfortunately, this process would take three or more weeks and Jessica needed to start her treatment within 10 days, so freezing her eggs wasn’t a possibility.

“Going in there and being told I can’t have kids, and seeing signs for ‘it’s a boy’ or ‘It’s a girl’ in the hospital shop made me heartbroken and emotional and down,” she says. “But I’m still going to have kids, and I know that there are other options. Kids are part of my future, and I’ll just have to take a different route now.”

Jessica is urging people to support Daffodil Day this year in any way they can.

“I believe people should show support for this amazing charity who do fantastic cancer research and help us when we really need them, whether it’s a lift to and from cancer treatment or even if we just want to chat or rant to someone, the Irish Cancer Society is always there.”