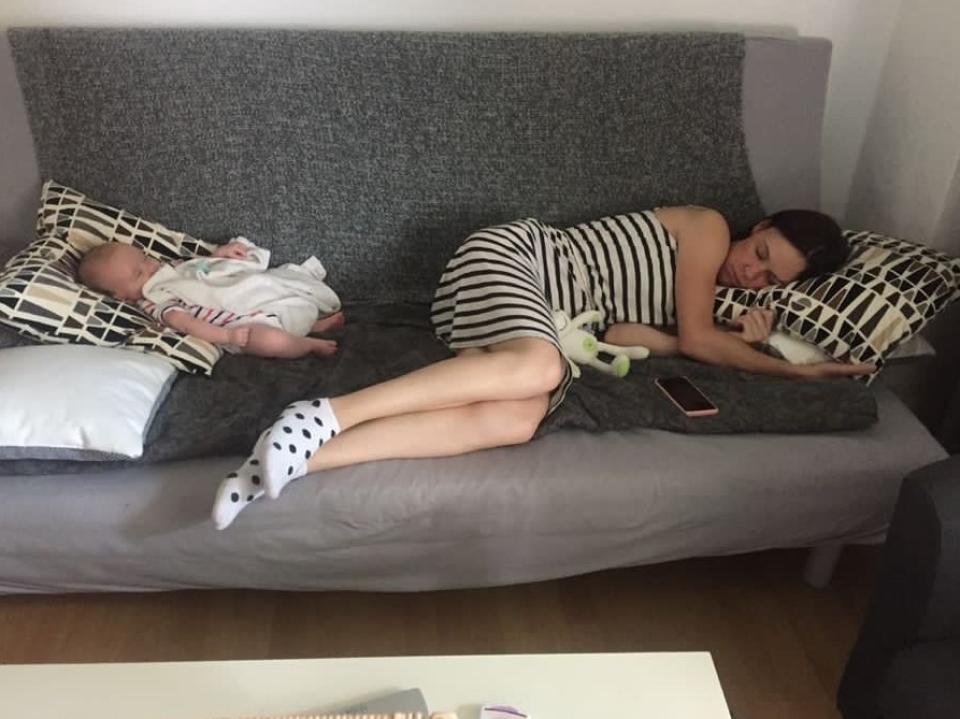 In September 2018 runner Mary Cullen began noticing an unusual deafness in her left ear. “Initially I thought perhaps it was just an ear infection, I went to my GP and was treated for a fungal infection. After that I went on holiday with my sisters to Portugal and when I returned home despite the antibiotics, my symptoms felt the exact same.”

On a second GP visit, a swollen lymph node behind Mary’s ear was highlighted and the 36-year-old was referred on to the Ear, Nose and Throat (ENT) team at Sligo General Hospital. The medics ended up finding a lump in her nose.

Mary was told that they believed she had a tumour on her brain stem that had grown up into her nasopharyngeal region, a rare form of head and neck cancer.

"Talk to people and reach out to the support that is available.”

At the time Mary was eight weeks pregnant with her first child so PET and CT scans were not possible due to the radiation. “I found those first few weeks really terrifying. They told me it was cancer but they didn’t yet know what stage it was at or how much it had spread.”

She was referred on to Beaumont Hospital and five weeks later was booked in for surgery “It was neck dissection surgery and then they were also going to operate on the tumour in my nose.

They said that there was a risk of miscarriage if too much bleeding took place. That was very scary. My mind was so focused on protecting the baby.”

During the surgery Mary had over ninety lymph nodes removed, thankfully the cancer was only found in one lymph node. This was the only treatment Mary had before her son Ellis was born at 34 weeks.

Baby Ellis spent two weeks in the NICU and six weeks later Mary, Ellis and her partner Mark were on a plane heading to Germany for her treatment.

“There’s a hospital in Germany, in Essen that does proton radiation. We have photon in Ireland but we didn’t have proton. As I understand it, proton is more precise and does less damage to the healthy tissues. Because my cancer was beside the brain stem they recommended Essen. Once that was finished I went to a different hospital to have my chemotherapy.”

Mary found it challenging taking care of her new-born while going through such intensive treatment “Doing everything with a new baby, it was a lot. I really wanted to give my son the best start I could. Being a new mum and the sleep deprivation that comes with that was not easy to handle while everything else that was also taking place.

Mark’s work were fantastic and gave him seven weeks off work so he could travel to Germany and stay with me. My mum and my three sisters also came over at different stages to help.” Mary says.

Mary recalls some of the side effects she dealt with during and after her treatment “During the first few sessions of chemotherapy, I actually felt okay and was still able to get out and go for my runs. About four sessions in though, I totally crashed. Because the radiation was in my head and neck, I lost a lot of my taste and smell quite quickly. My neck was a little bit burnt and I also struggled horrendously with mouth ulcers.

Once I got back to Ireland I ended up in hospital as I was finding it difficult to eat. My energy was so low and my white blood cell count was dreadful. I kept thinking ‘will I ever get back to myself?’”

Nowadays Mary says she is doing well and her son Ellis is now three years old.

“I do have some side effects still, my saliva glands were pretty much damaged permanently so I get a very dry mouth. However I am now back running everyday, doing what I love. I was getting scans every three months, they are now every six months.”

On advice she would give to others in a similar position, Mary says “As difficult as it is being diagnosed, I think it is important not to let the fear so many of us have regarding cancer, overwhelm you. I think it is vital to focus on taking each day as it comes. Don’t look too far ahead. Talk to people and reach out to the support that is available.”