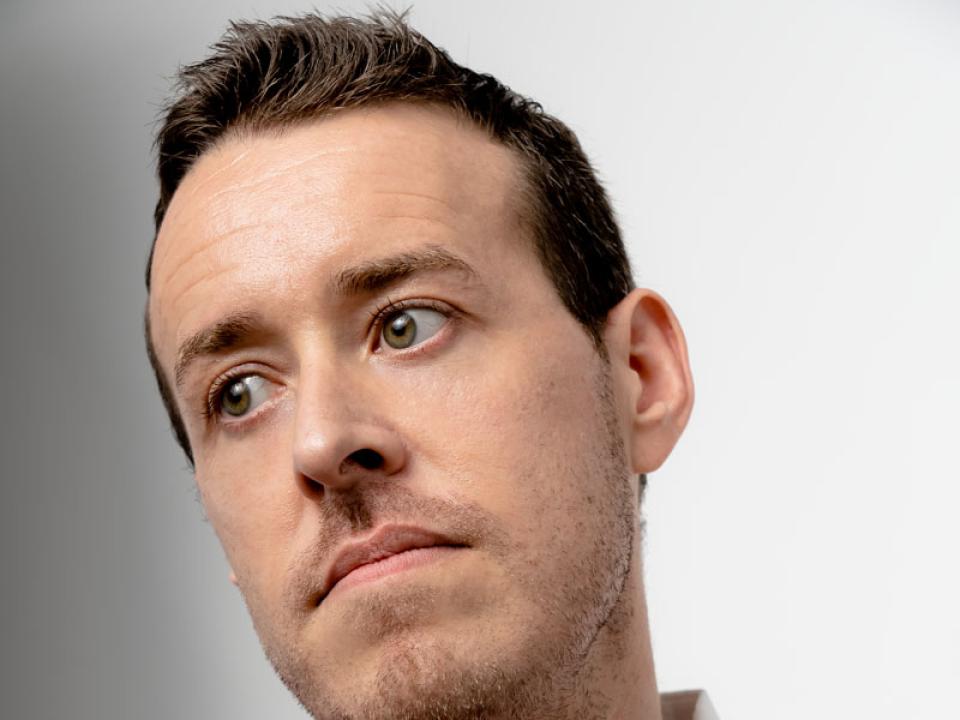 April marks Bowel Cancer Awareness Month and Gerard Kelly would like people to become more aware of bowel cancer symptoms and to get them checked.

In summer 2021, Ger was looking forward to a fresh start. After experiencing some health issues, the 37-year-old from Kilkenny was busy applying for new jobs and he also had plans to move to an apartment in Dublin. Two years before, Ger was diagnosed with polyarteritis nodosa (PAN), a rare autoimmune disorder that causes inflammation of the blood vessels. He spent periods in hospital after his diagnosis and was recovering well after treatment. He had started exercising again and he was setting out on walks of up to 22km a day when he began to experience a pain in his side.

“I said to myself, it’s fine, it’s grand, don’t worry about it, it’s only your autoimmune disease and you’re not digesting or you’ve caught a bug,” he recalls. “Irish people can be so reluctant to go to a doctor and I think males are worse.”

“Then I started getting a slight pain in my lower back. Because I was doing a lot of walking at that stage, I thought it was my body’s way of telling me to slow down and that I was only coming out of an illness and I should stop pushing myself.”

The pain progressed over the following months and spread further to his rib cage. Ger was having difficulties eating and lost weight. He also had problems using the bathroom. “I didn’t feel like myself,” he says.

Although there were times when he felt fine, on other days he had no energy, but he attributed some of his symptoms to his underlying autoimmune disorder. His symptoms grew more severe and Ger was admitted to hospital in November 2021 where he received a diagnosis of Stage 4 colorectal cancer with liver metastases. He is now receiving palliative chemotherapy and he is keen to share his story in order to raise awareness of bowel cancer.

“I’m at the stage now where I would like a legacy,” says Ger, who highlights that almost 2,700 people in Ireland are diagnosed with bowel cancer each year and that it can affect anyone at any age.

Ger used some of the Irish Cancer Society’s services after his diagnosis and found them very helpful. When he was in St Vincent’s hospital, he availed of booklets from the Daffodil Centre there, and he used the website to find information when he didn’t have a booklet to hand. More recently, he called the Support Line and spoke to a nurse when he was having bowel issues.

“I’m not a person who moans,” he says of his diagnosis. “I still try to run around as much even though I’m getting slower and I like to think I am a spiritual person as well. I want to get my story out there because we need to get this disease eradicated.”