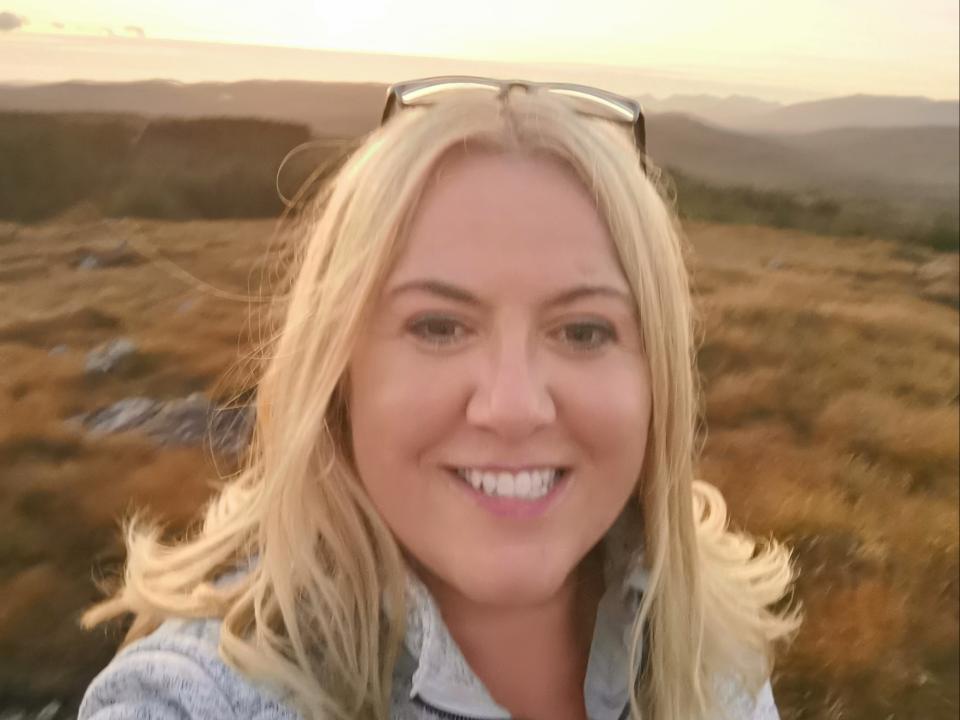 Life was busy for Felicity Kelly-Elliott in 2016. From Galway but living in Limerick and mum to two boys aged 8 and 10, the 42-year old was running her own preschool and after-schools, as well as completing a college degree. Despite feeling well, she was extremely tired. She attributed this to her hectic schedule.

“The tiredness got worse,” Felicity says. “I’d return from work and fall asleep. I could sleep for 15 hours. When I woke, my first thought every day was ‘when can I go back to bed?’”

After Christmas in 2016, she visited her GP. A kidney infection was suspected and she received a course of antibiotics. When the nagging pain didn’t ease, she returned to her doctor. The following weekend, she became very ill and was admitted to the Bon Secours hospital in Cork for tests. In February 2017, Felicity was diagnosed with Stage 3 follicular lymphoma, a type of non-Hodgkin lymphoma.

“I wasn’t shocked,” says Felicity. “When they said I had cancer, it was almost a relief because my body was telling me something was wrong.”

She began chemotherapy on March 23, the same day as her son’s 11th birthday and her youngest made his First Confession and lost his first tooth. “We had a birthday cake in the hospital that evening. It’s been a day none of us have ever forgotten.”

“Fatigue was huge but I got through it,” Felicity says about chemotherapy. “Keeping going because I felt I had to reassure those around me I was okay, and not wanting to show how sick I was so the children wouldn't worry.” She describes losing her hair because of chemo as “tough, but I accepted it. I was worried about how my young children dealt with it". Before starting chemotherapy, she donated hair to make a child's wig. It was important to her that her children were included and her youngest boy helped cut her hair. “I felt it embraced the change,” explains. She got a wig for her son’s First Communion but in the end, she only wore it around five times. “The preschool children also saw me bald and wanted to rub my head. It was a learning curve that appearance is important but doesn’t define us,” she says. Once she was with her sons and one of them wondered why people were looking at them. “We looked around to see what was different and then realised. I said, ‘maybe it’s because you’ve got a bald mommy’. We laughed. Cancer shouldn’t be normal, that’s how normal it became to us.”

"People would say ‘you’re an inspiration’ yet I used to think ‘I am just about coping’. My children inspired me. They gave me the strength to survive.”

Felicity says that she put her trust in her doctors and she focused on how the children were doing.

“I’m normally a positive person. People would say ‘you’re an inspiration’ yet I used to think ‘I am just about coping’. My children inspired me. They gave me the strength to survive.”

She visited the Daffodil Centre in the Bons Secours for advice. “They gave information about talking to children. I also rang the Irish Cancer Society who sent booklets to help me explain. Reading those books any time they had questions, we got through it.

“Cancer affects family life, during treatment and in recovery. If I went for a check-up, my boys needed reassurance I was coming home because I went into the hospital overnight and when they woke up in the morning, I wasn’t there”

Felicity had rituximab immunotherapy for two years after chemotherapy. She finished her treatment in April 2019, visiting her oncologist every six months. She is sharing her story in the hope that it might help others. ‘It's a very lonely time. You don’t want to burden or upset people,” she says. ‘It helps to know others have been through it and to hear their experiences. The support is there.”