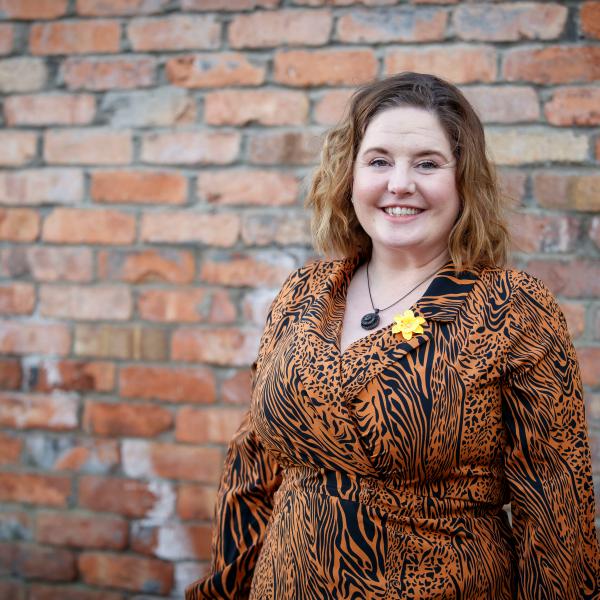 In December 2018, Eileen Rushe from Co. Louth received the dreaded news that she had cervical cancer. Prior to her diagnosis, the Mum of one, had recently lost a number of family members, and within a month she was receiving treatment including chemotherapy, radiotherapy and brachytherapy to remove the cancer.

The treatment worked, but Eileen describes her body as being “like that of a baby and a frail elderly person” all at once as a result of the therapies, which brought on symptoms including early menopause and continence issues. Adjusting to the “new normal” of her post-cancer life was a challenging experience, as previously simple tasks like walking the stairs became an ordeal after what her body had been through.

Eileen was declared cancer free in June 2019, but unfortunately in August 2020 she learned that her cancer had returned, having spread to her lungs, hip, spine and lymph nodes and is now incurable.

Eileen is so grateful for the support she received from the Irish Cancer Society and from her local cancer centre over the past few years. She is a huge advocate for women’s health, and encourages all parents to ensure that their children receive the HPV vaccine.

“My son Séamus was one of the first boys to take part in the vaccine program.  It is so important that we encourage all children to avail of the vaccines- they save lives," she says.

Eileen is delighted to be a part of the Irish Cancer Society’s latest campaign, and says:

Unfortunately Covid-19 plays no role in helping cancer patients and their loved ones, it only makes a seemingly impossible situation worse.

"As a community Ireland does phenomenal work for those affected by cancer. I’m delighted to be a part of the Irish Cancer Society’s campaign, to help us to remember our neighbours, friends, colleagues and family members that are currently battling cancer.  It reminds us that no one has to go through cancer alone and that by supporting the Irish Cancer Society’s great work we are helping those that need it most," she says.